We victims of insurer Allianz have set up a foundation to fight together for recalculation and compensation for the various unauthorized looting by Allianz in the Dynamic Investment Plan Policy.

These investment insurance policies from Allianz never achieve the target amounts that Allainz promises and are also called profiteering policies.

We victims united in this foundation have been robbed for more than 7 million Euro by Allianz.

What has Allianz done to defraud Dutch citizens:

Do you understand why we are angry! 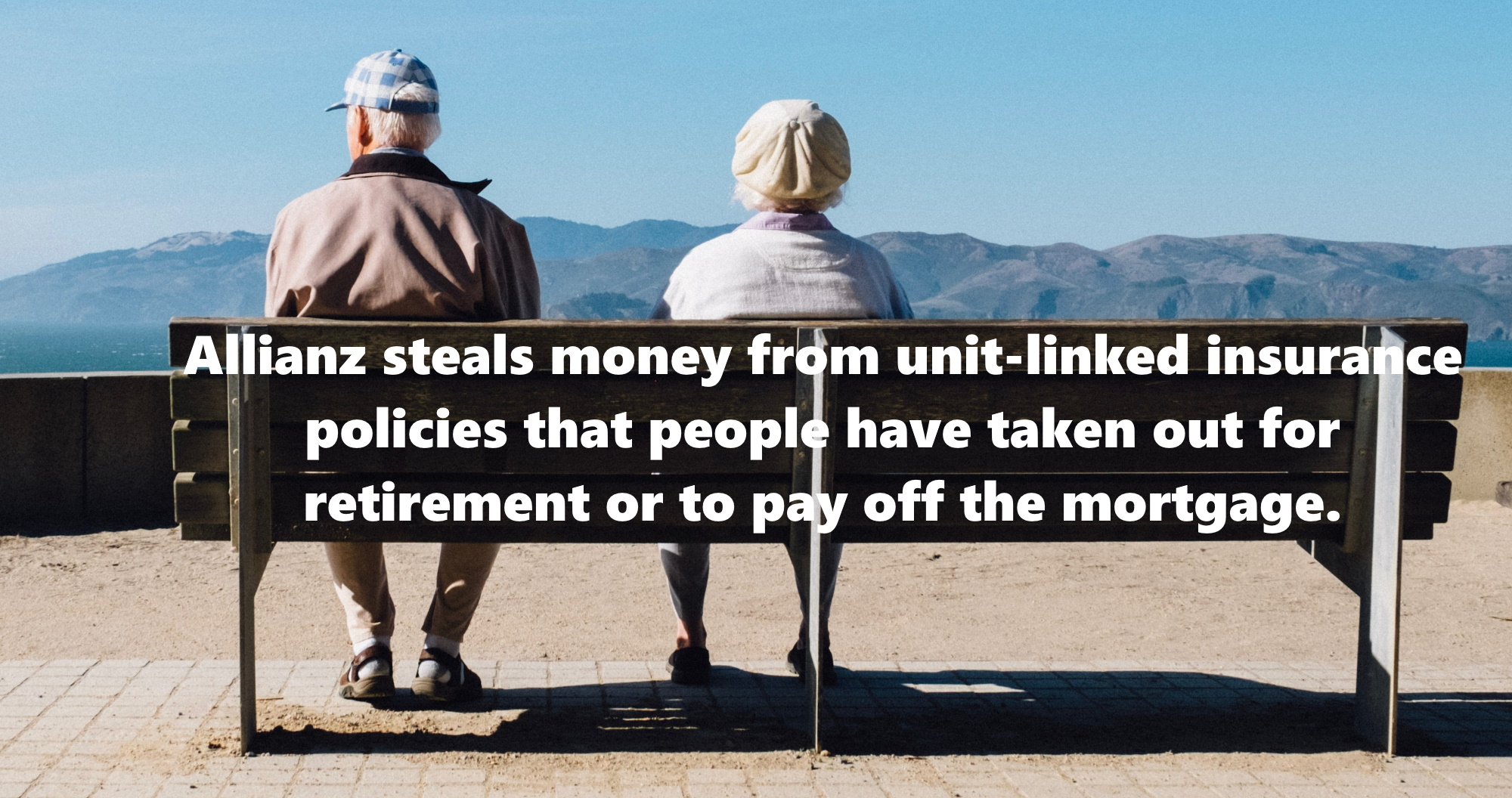